The long-term project was first implemented in 2011 in a village square in Vila do Tarrafal on Santiago. The partner for the launch of the project is Delta Cultura Cabo Verde, which runs the football school and the learning and training centre for children and young people in Tarrafal.

“Childrenʼs Play” was inspired by Pieter Bruegel‘s painting “Kinderspiele” (childrenʼs play) and Article 31 of the UN Convention on the Rights of the Child.

The Childrenʼs Play Project is not only a complex photography of working and staging with 300 Capeverdean children but also a delightful joint activity: A collaboration between children and artists with the result of a staged photographic work, which gives reflections of todayʼs societies and cultures realized within an educational procedure.

The project is going to be realized with different partner organisations in further four to six different culture areas. The target is to finish the series for 2014, the year of the 25th anniversary of the UN Convention on the Rights of the Child and the year of the biggest play on earth, the Football World Cup 2014. 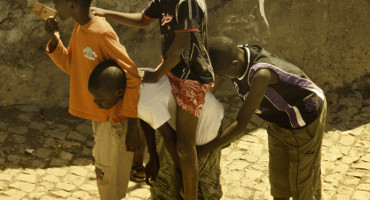 Similarities between "The Children's Play" and Bruegel's "Children's Games" 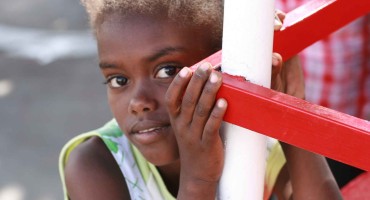