Of "The Human Rights Project"

Our project is not to analyse all these reasons, but to focus on the possible effect of exposing this declaration as broadly as is possible. In the process of producing a series of dramatically powerful Picture Stories, vividly illustrating each of the articles of the declaration for everyone to understand, we intent to reach far beyond the capacity of the written word, exploiting the highly emotive and dramatic medium of staged photography.

The photographs have a remarkable power and the potential to be produced on a very large scale. So we are confident they will be vividly comprehensible to everyone. Our intention is to make sure that these images are seen far and wide throughout all spectrums of society, particularly highly populated areas of the Third World, in public arenas, as well as on billboards.
Such tactics will not exclude the targeting of international Politicians and Decision-Makers through appropriate exhibition venues and museums, as well as Fund-Raising Auctions.
A major aspect of this project is to involve fifty pupils of a township school in Johannesburg, South Africa, who participated the realization of the photographs from April 2009 to March 2010. The students themselves not only acted out human rights abuses, serving as the protagonists of each story, but through lengthy discussion processes, determined the direction of the photograph`s construction. We have spent several months working with these students and have been inspired and motivated by their enthusiasm and their environment.

Our project is to interpret visually and theatrically each of the thirty articles of the declaration, using the intensity of a 360 degree analog panoramic came- ra. Instead of a computer generated photography we create “Frozen Short Films” involving actors, participating artists and highly complex staging.

Benefits of the project are going to be reused for cultural, art & educational projects concerning human rights activities. 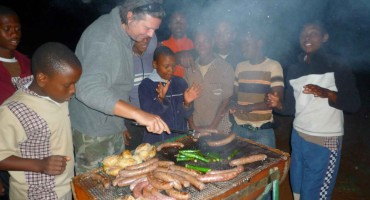 Having fun with the people of South Africa 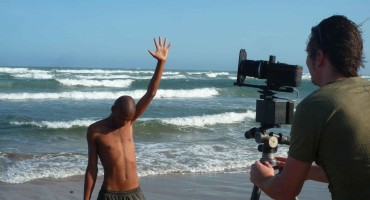 Making Of: The team and the children of South Africa at work 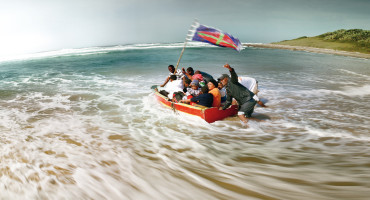 The Declaration Of Human Rights